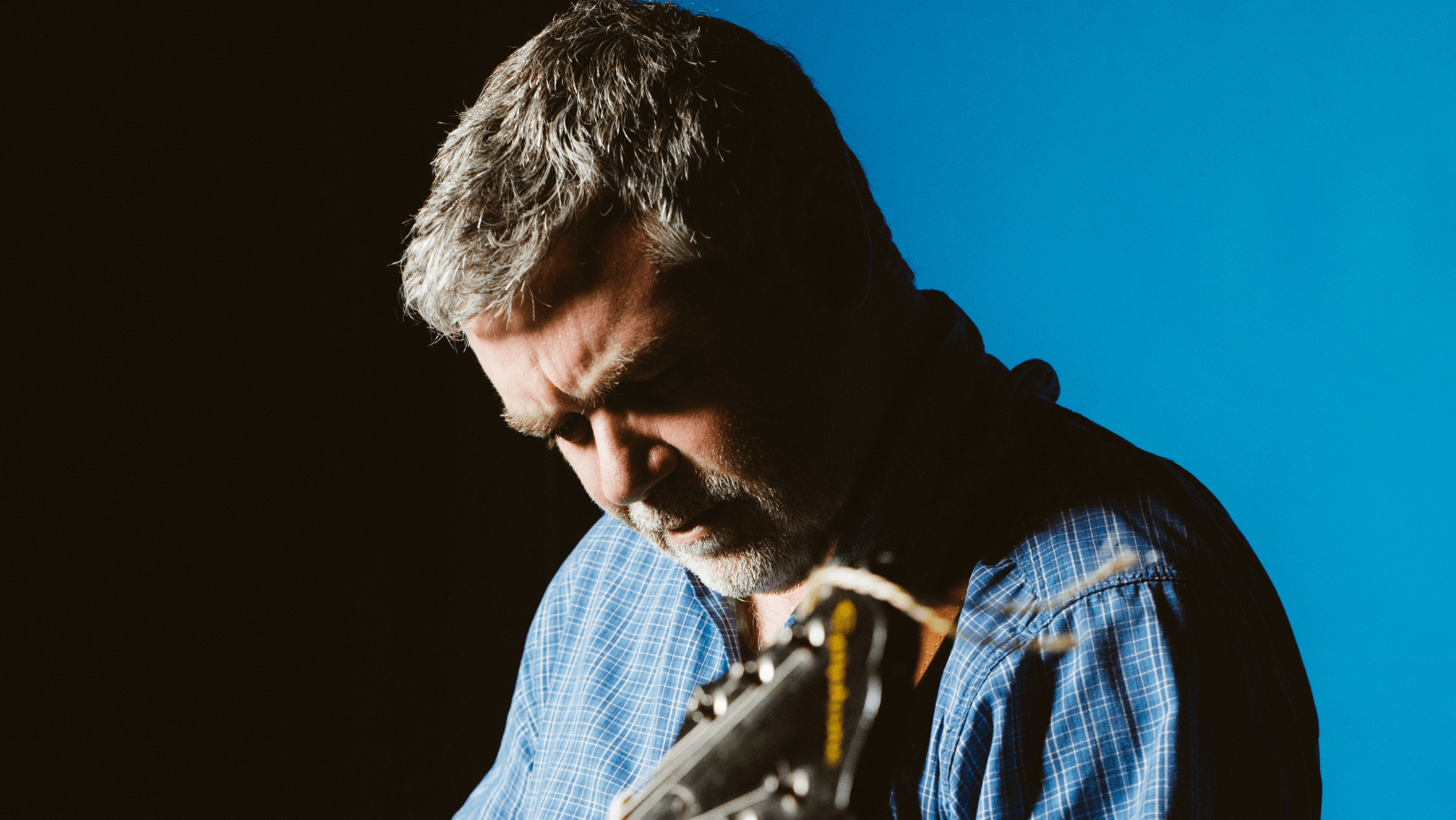 Chris Wood is an uncompromising writer whose music reveals his love for the un-official history of the English speaking people. With gentle intelligence he weaves the tradition with his own contemporary parables.

A self-taught musician, composer and song writer, Chris is a lifelong autodidact whose independent streak shines through everything he does. Always direct and unafraid to speak his mind, his song writing has been praised for its surgical clarity. He cites his major influence as “Anon”.

His most recent album ‘So Much to Defend’ has received wide critical acclaim and includes reflections on minor league football, empty nest syndrome, learning to swim, Cook-in Sauce and, not least, the Gecko as a metaphor for contemporary society.

Hollow Point; his chilling ballad of the shooting of Jean Charles Menezez, won a BBC Folk Award (he’s won six.) and emphatically secured Wood’s place as a serious speech-master for the unofficial history of England.

On stage Chris has the air of a craftsman who no longer needs to be precious about his art. Without any apparent effort he reaches deep into an enviable repertoire of songs before revealing another gem.

“… at art school they said I had a remarkable eye for trivia, like it was a bad thing.”

“As close as it gets to a perfect union of voice and guitar ..." - The Herald

“Nobody comes even close to equaling his bird’s-eye-view.” - Irish Times

“A rarefied talent, both as writer and interpreter.” - MOJO