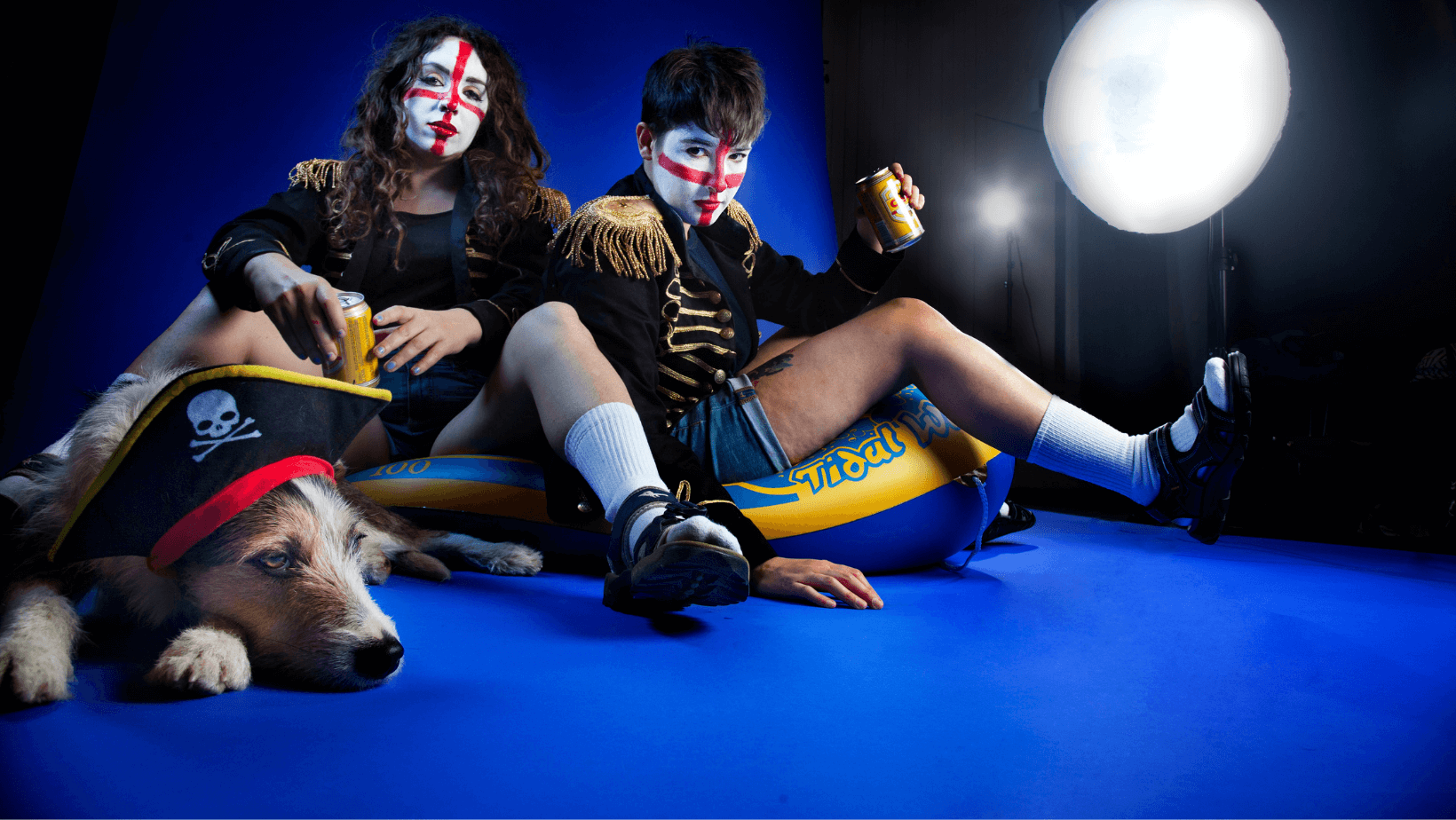 This production contains distressing themes and images covering topics including migration & political assassination. There is a dog onstage. If you need more information before the show, please feel free to contact us at [email protected]

Celebrating their final year as Europeans, island-monkeys Becca and Louise got invited to the 2018 European Capital of Culture in Malta, having missed out on Hull last year. They went to drink rum with Brits abroad but found a lot more than they expected.

Here it is: another excuse for the multi award-winning Sh!t Theatre to get drunk on stage.

★★★★★ ‘The show is a masterclass in (just about) controlled chaos… Sh!t Theatre’s irreverent, energetic, rum-fuelled new show is the company’s best yet.’ The Stage

★★★★★ ‘Sh!t Theatre have always combined performance art anarchy with bags of humour, slyly sliced by more serious concerns. In Sh!t Theatre Drink Rum With Expats, it feels like this formula has reached its fullest expression… This is political theatre that is true, and hilarious, and horrifying.’ Independent

★★★★ ‘Sh!t Theatre strike unlikely gold again with this hilarious then ferocious account of a trip to Malta… [A] vivid, punky tour-de-force in which Sh!t Theatre’s natural larkiness comes served with shots of pure anger.’ Time Out

★★★★ ‘[Rebecca] Biscuit and [Louise] Mothersole, as usual, throw everything – storytelling, songs, comedy patter and multimedia – into the show, and much of it (in the nicest possible way) is a delightful, riotous mess… A timely piece.’ London Evening Standard

‘The rising stars of performance art.’ The Telegraph

‘Even in the midst of grimness, [Rebecca] Biscuit and [Louise] Mothersole can raise a laugh… And somewhere in all the anarchy, there is space for the audience to join the dots between a roaring drunk [Oliver] Reed and their desperate dance to the death to the sound of the angry sea.’ The Scotsman

Our Cautious Response To The Lifting Of Covid Restrictions

King Arthur at The Corsham Almshouse

Introduction to Linocut with Caroline Rudge