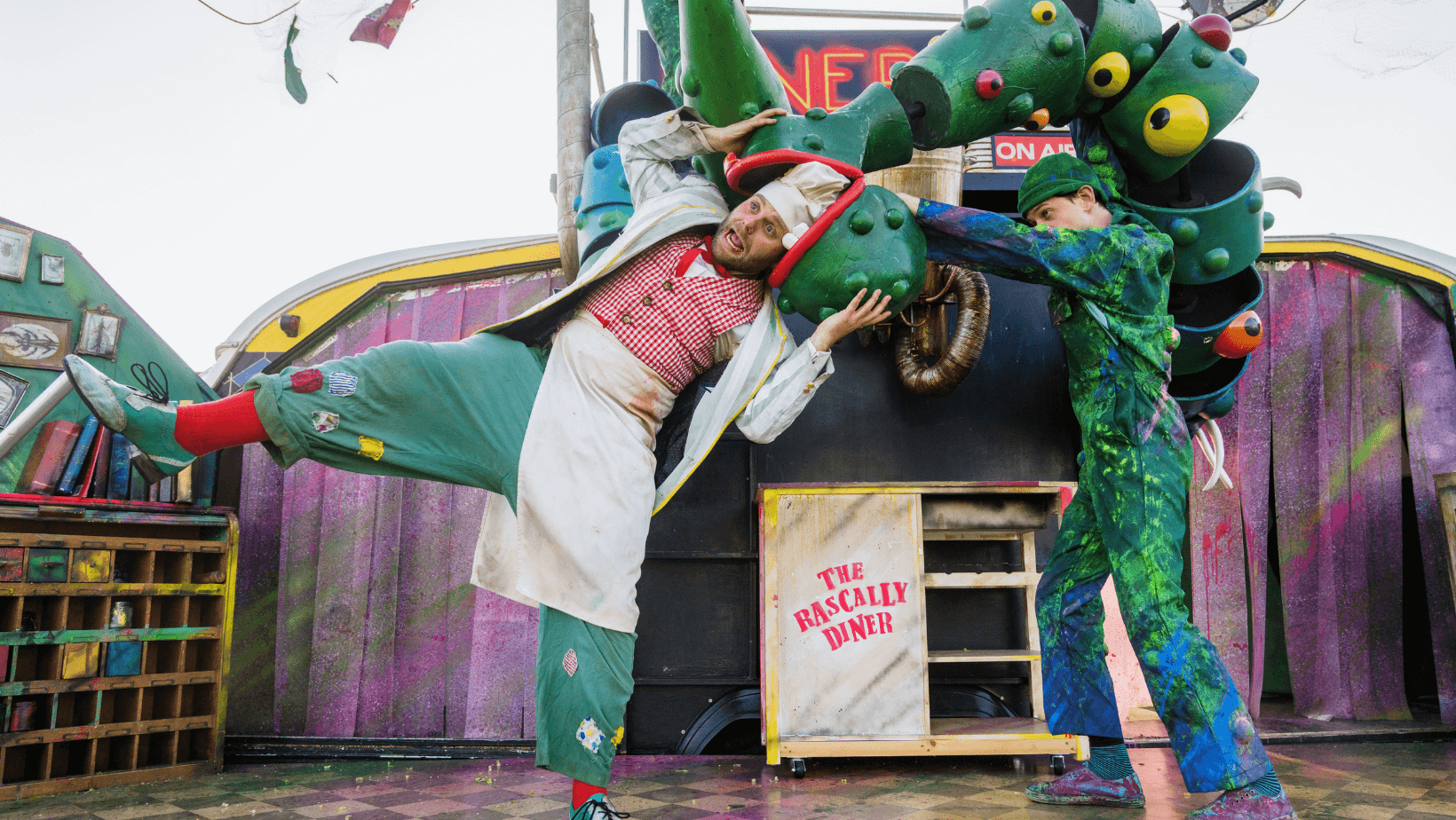 Everybody clap your pans – it’s time for The Rascally Diner!

Cook up a stink as part of Rufus Skumskins O’Parsleys’ kitchen crew or bring a pot to bang and ward off evil cakes in this fun-filled, messy performance about food.

Chef Rufus Skumskins O’Parsley is famous for creating some of the world’s most disgusting dishes. You might know him from the award-winning children’s book The Rascally Cake, written by Jeanne Willis and Korky Paul.

Rufus went viral after baking a huge, human-eating cake from ingredients including snot, blubber and a cowpat. He only escaped being gobbled up by the gruesome gateau because he tasted awful – a result of his foul diet. For ten years now, Rufus has been on a mission to make everyone taste bad and protect them from the creature he cooked up.

Join LAStheatre for a riotous performance for humans aged 5+.

LAStheatre is an award-winning theatre company based in the UK. They create layered, urgent, heart-driven stories that engage people of all ages. Since 2012, over a quarter of a million people have seen a LAStheatre show – their work has been described as ‘spellbinding’ (Manchester Evening News), ‘powerful’ (The Scotsman), ‘atmospheric’ (The Herald), ‘fascinating’ (BBC) and ‘thrillingly immediate’ (FT).