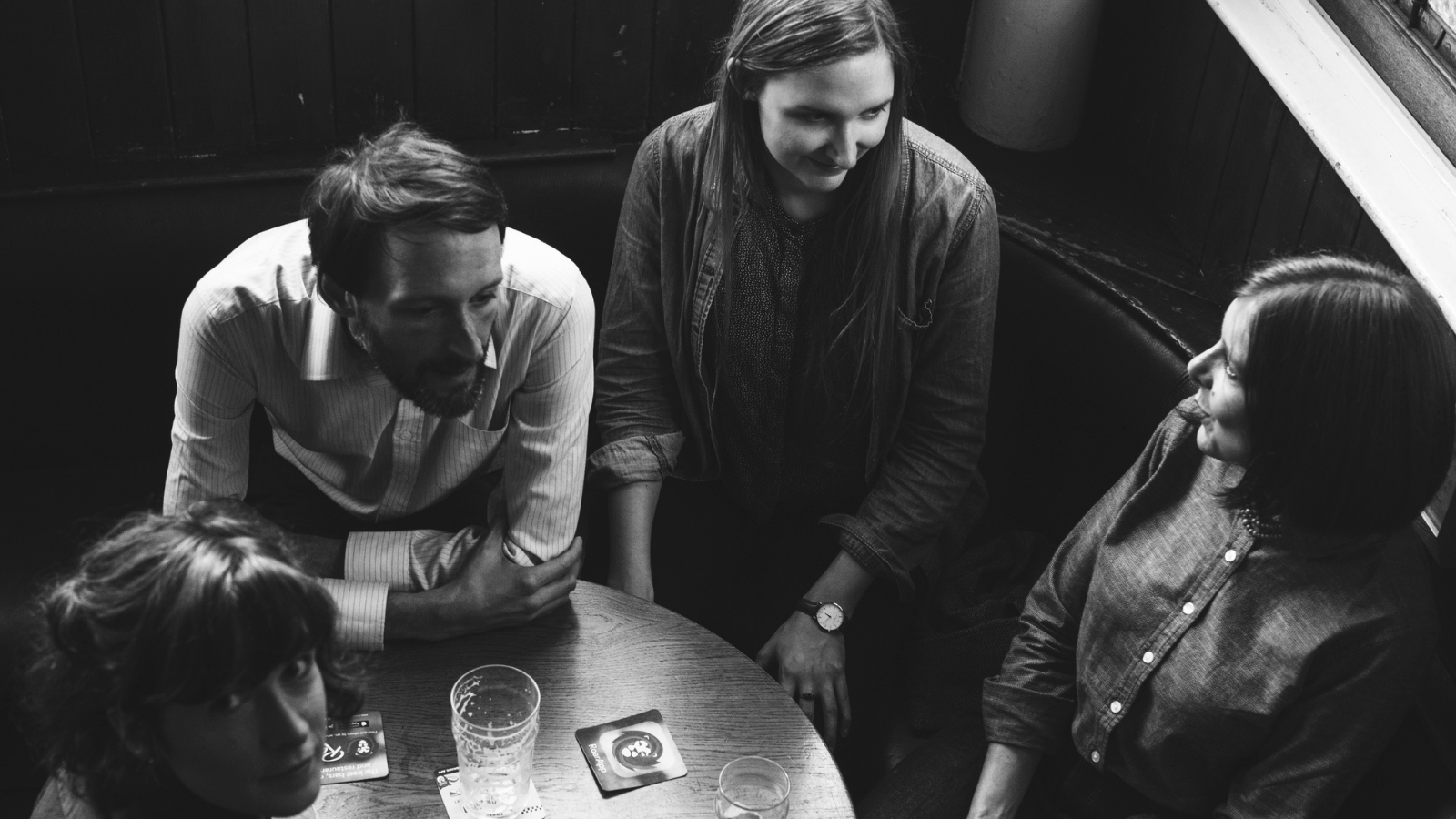 The Furrow Collective is an English/Scottish band consisting of four talented and individually prominent performers: Lucy Farrell (viola, voice & saw), Rachel Newton (harp, fiddle, voice), Emily Portman (banjo, concertina, voice) and Alasdair Roberts (guitars, voice). The group formed in 2013, drawn together by a shared love of traditional song and balladry of the England, Scotland and beyond and an open, intuitive approach to collaboration. In recognition of their innovative approach, The Furrow Collective were awarded the accolade of 2017 BBC Radio 2 Folk Awards ‘Best Group’, hot on the heels of the release in late 2016 of their second album, Wild Hog (also on Hudson Records).

As the bleak winter nights draw in, The Furrow Collective have chosen a special festive programme to celebrate the dark time of year. Come in, friends, from the howling wind and bitter frost, draw a little closer to the roaring fire and prepare to be bewitched by eerie story-songs and seasonal carols that revel in the strange and wonderful traditions of these isles. With The Furrow Collective’s signature spine-tingling harmonies and masterful storytelling bringing a spark of light into the wintry gloom, this promises to be an unmissable evening to remember.

The Furrow Collective tours extensively throughout the UK as well as in mainland Europe, delighting audiences with their uniquely beguiling approach to traditional song.

The Last Letter From Your Lover (Cert 12A)