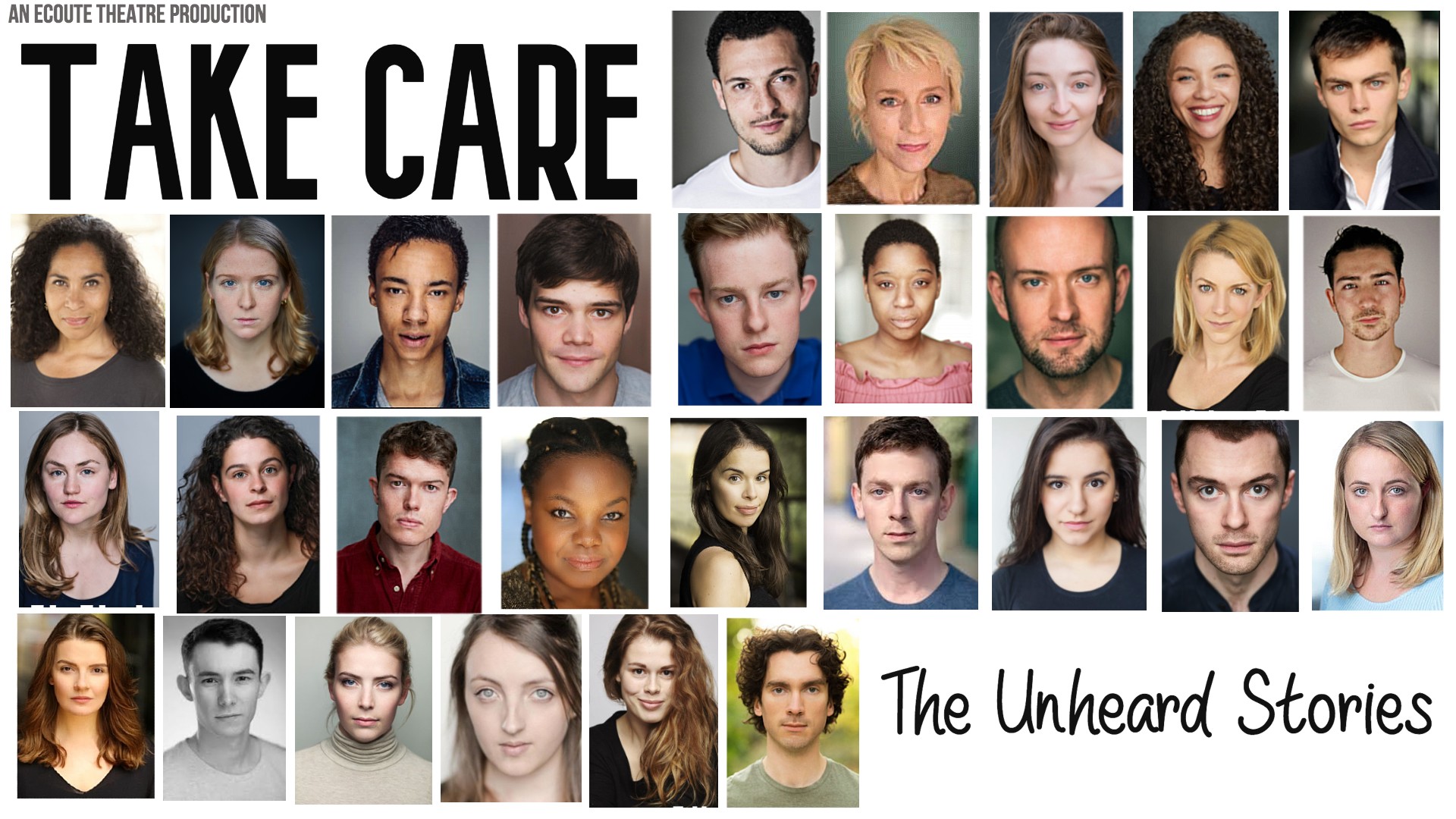 Brought to you by Ecoute Theatre

An online, filmed mini-series taken verbatim from interviews conducted with carers of the elderly and people who work in the elderly care system.

“I remember one man, Norman. He came out his room one morning and grinned at me. And I looked at him and went ‘Oh my god, he’s wearing Nellie’s teeth!’ “ – Siobhan

Coming off the back of Ecoute’s award-winning, published play Take Care, this brand new, filmed series features never-before-heard interviews as well as full interviews of much loved characters whose snippets made up the 1hr stage production.

The text is taken verbatim from interviews conducted with carers of the elderly and people who work in the elderly care system. Take Care (The Unheard Stories) is performed by an incredible cast of twenty-nine actors (inc. Lia Williams, Jamael Westman, Saffron Coomber). Each episode is a stand-alone piece ranging between five and twenty minutes. With twenty-three episodes in total, Take Care (The Unheard Stories) is a raw, heartfelt, layered and unapologetic insight into what it really means to “care”.

Shot in a style reminiscent of Bennett’s Talking Heads, the series is made up of monologues and scenes filmed during lockdown. With direct address to camera throughout, the audience is made to feel like they are actually in the room with each character.

From Graham: an activity coordinator who accidentally starts a spaghetti fight in a care home, to Lin: a daughter whose mother keeps forgetting she has cancer, to Anya: a Russian carer who keeps getting proposed to. Take Care (The Unheard Stories) takes you on a journey through the care world, starting back in 2014 and ending in the present day, including the effect that Covid-19 and lockdown has had on carers and their loved ones.

The docudrama will be available to watch free of charge from 26th November 2020 (Carers Rights Day) on Ecoute’s YouTube channel, with plans to release four episodes every week (Thursdays/Sundays).

Living Spit’s BEAUTY AND THE BEAST