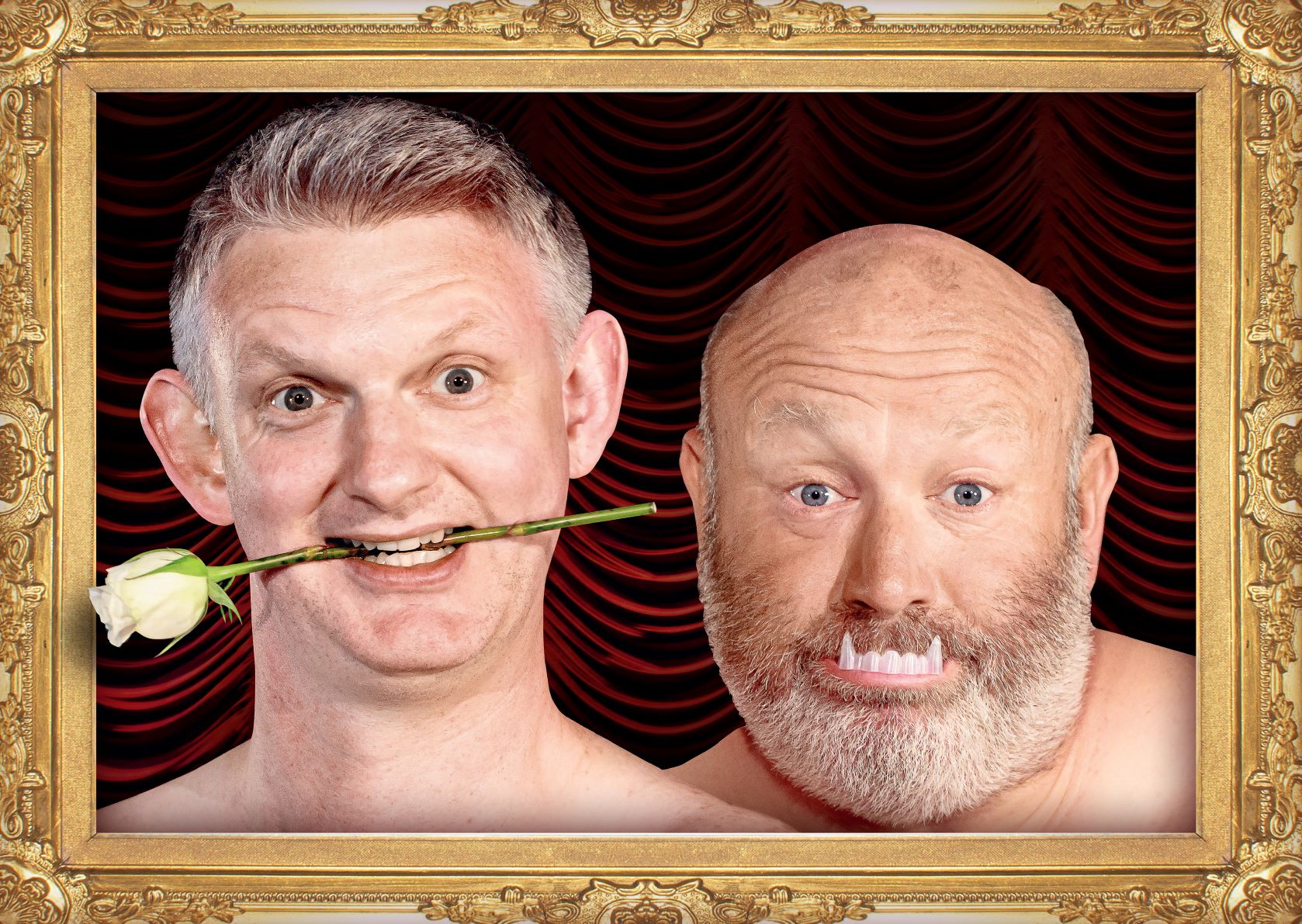 Living Spit’s BEAUTY AND THE BEAST

The classic French tale of Beauty and the Beast tells of a bright and beautiful young woman who is taken prisoner by a beast in his castle. She learns to look beyond the Beast’s hideous exterior and realise the kind heart and soul that lies within.

The enormously popular Living Spit stars Howard Coggins and Stu McLoughlin. Howard is beautiful. There’s no escaping that. But then so is Stu. In fact, Living Spit is widely known as the most physically attractive two-man musical comedy theatre company in the South-West. However, in this tale as old as time one of them will have to portray an ugly, foul-tempered beast. But which one will it be?

From the creators of the Offie award-nominated Six Wives of Henry VIII, the perennial Christmas favourite Living Spit’s Nativity and the ‘beguiling rib-tickler’ (The Times) Living Spit’s Frankenstein The Musical comes a brand-new, monstrously-musical, Disney-defying version of this classic French tale about what it means to be truly beautiful in the 18th century.