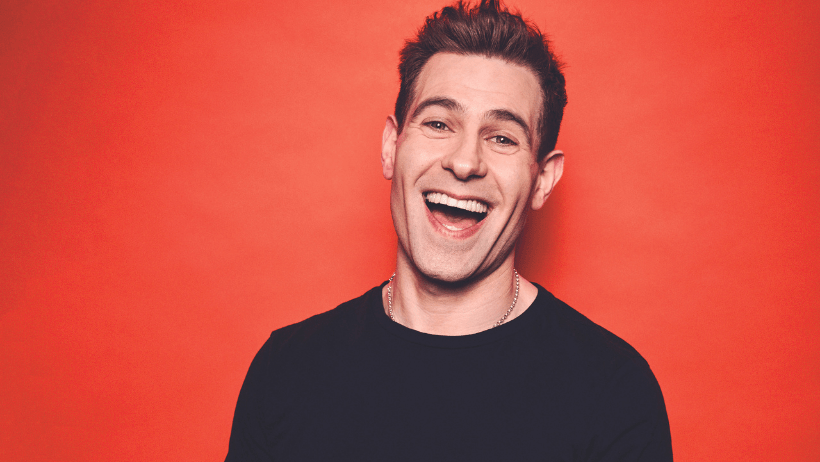 Night three features Simon Brodkin and a second comedian to be announced SOON!

Named “the world’s most famous blagger” by The Daily Telegraph, untameable prankster and acclaimed character comedian Simon Brodkin has hit global headlines multiple times for his high-profile stunts. Most famously he handed Prime Minister Theresa May a P45 form during her keynote speech at the Conservative Party Conference and showered disgraced FIFA president Sepp Blatter with hundreds of dollar bills in bribe payments “for the North Korea 2026 World Cup bid”.

Of his many characters, Simon is best known for his irrepressible, south London wide boy Lee Nelson. With each of his Lee Nelson tours (Serious Joker, Suited & Booted, Lee Nelson’s Well Good Tour and Lee Nelson Live) being extended twice or more.

As well as numerous TV and radio credits including Sunday Night at The Palladium (ITV); The John Bishop Show (BBC One); Absolutely Fabulous (BBC One); Children In Need (BBC One) – Lee Nelson also made a highly anticipated return to BBC One’s Let’s Dance for Comic Relief, reaching the final with an impressive hip-hop-ballet performance of Swan Lake!

After the success of his stand-up show 100% Simon Brodkin, selected by The Guardian and The Evening Standard as one of their ‘Best Comedy Shows’ at the Edinburgh Festival, TROUBLEMAKER is the must-see comedy show of 2021.

The Poetry Machine by Beth Calverley