Written and performed by Melissa Johns

Co-devised and directed by Lily Levin

Snatched is a fast-paced, uplifting one woman show accompanied by a live 90’s/00’s soundtrack.

In 2018, disabled actor Melissa Johns’ iCloud was hacked and explicit photos of her were released online. A young disabled woman with a history of body dysmorphia comes to terms with her body becoming public property.

This humorous and revealing show displays no remorse in championing female sexuality, fighting body shaming and the taboo of sex and disability. Snatched is a fast-paced, uplifting one woman show accompanied by a live 90’s/00’s soundtrack.

Salford based actor Melissa Johns is currently appearing as series regular Miss Scott in the seventh series of ITV’s Grantchester, she recently made her West End debut in the Donmar Warehouse’s production of Henry V alongside Kit Harrington, which will be screened across to over 600 venues across the country as part of NT Live. Born in Hereford and raised in Ledbury, she trained at East 15 Acting School and her other credits include – Hannah Taylor in BBC’s LIFE, Imogen Pascoe in Coronation Street and 2021’s line up of Celebrity Masterchef.

★★★★★ “If you see any piece of theatre this year, make sure it is Melissa Johns’ Snatched” Upstaged Manchester
★★★★★ “I challenge anyone to go and see this production and not come away changed” North West End UK
★★★★★ “Snatched is one of the bravest, boldest and inspirational shows you’ll ever see!” Manchester Theatres
★★★★ “Searingly honest, witty and entertaining piece” The Stage
★★★★ “It brought me profound hope and courage and I strongly recommend you watch it. Everything Theatre
★★★★ “Hilarious takedown of body shaming and disablism” What’s on Stage
“She exudes total confidence.” The Guardian 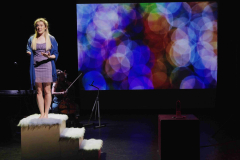 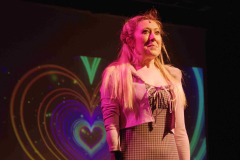 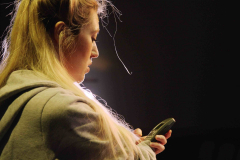 The Muppets Christmas Carol (U)

Exhibition on Screen: My Childhood, My Country – 20 Years in Afghanistan