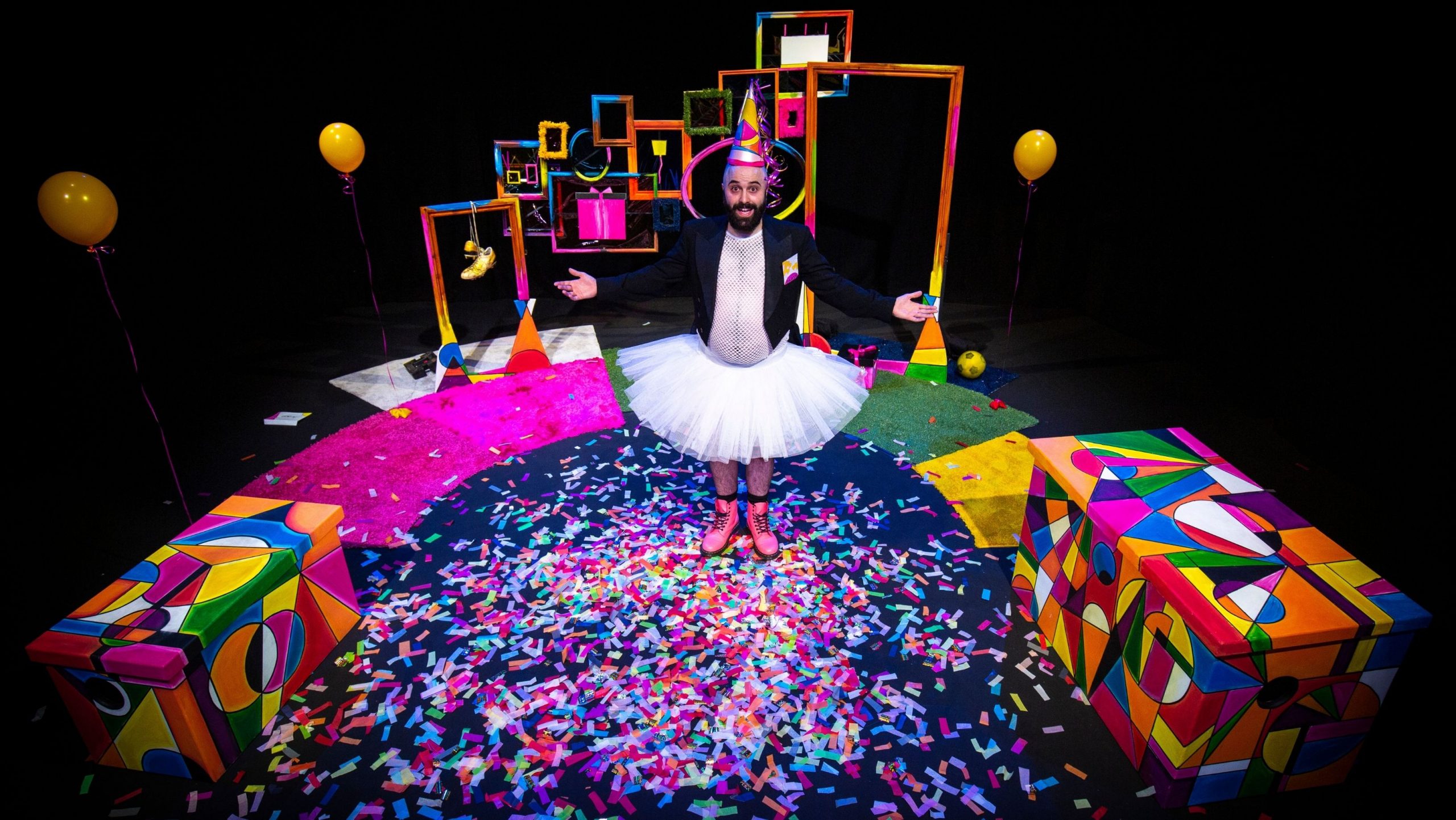 Party by Half Moon

Afonso wants to go to his best friend’s birthday party, but where is his invitation – has it been lost in the post, or maybe he wasn’t even invited? When it finally arrives the excitement and nerves become too much to handle. What should he wear? Will they have balloons? Will anyone play with him? And what about the cake?

Heartfelt, provocative and full of quirky humour, Party features striking, colourful designs and a glorious contemporary soundtrack. Let the warmth of a Portuguese summer take you to a place where difference is something to celebrate.

Party was created and live-recorded at Half Moon without an audience during lockdown 2021. Now, after much digital acclaim, Half Moon invites little ones and their grown-ups to experience a live performance of this unforgettable zany birthday party.

Half Moon is the UK’s leading small-scale young people’s venue and touring company. It is a local organisation with a national remit, committed to supporting artists and young people at every stage of their creative development. Working from our base in East London, we specialise in new writing and artform development, acting as a gateway organisation that provides pathways for progression and experimentation. Our wide-ranging programme reaches around 50,000 annually and engages those who are often excluded from arts activity. Our activity includes a season of professional plays for young audiences, national touring productions and an extensive creative learning programme, including seven youth theatres. Half Moon is a National Portfolio Organisation of Arts Council England and receives regular funding from the London Borough of Tower Hamlets.

How To Live A Jellicle Life