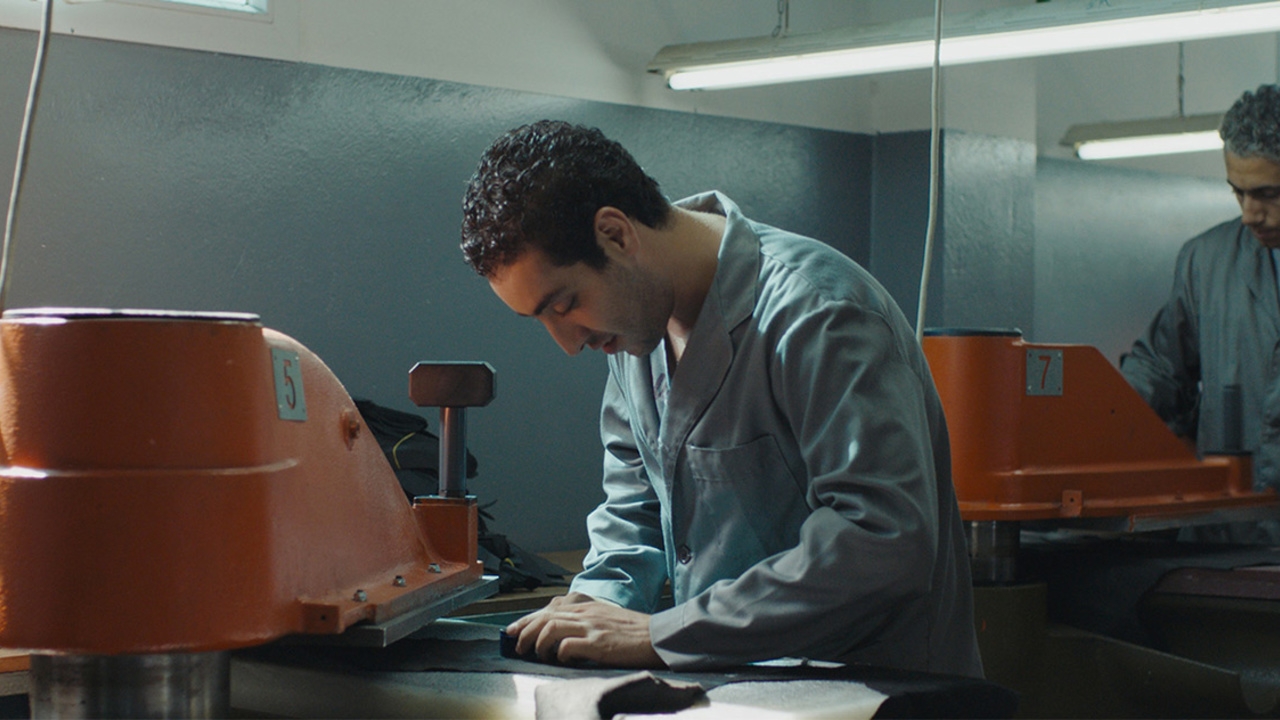 Available from 230 October to 29 November

An online film screening in partnership with YourScreen – as thank you for supporting us, you will get 20% off each ticket purchase. Just enter POUNDYS at checkout.

This immensely impressive debut feature from a Tunisian director is set in unglamorous working class neighbourhoods and examines the social pressures exerted by failing industrial enterprises. Two parallel and sometimes intertwining stories are told. In Northern France, family man Hervé, a fifty-something shoe factory worker, refuses to join his workmates in their industrial action when the closure of the factory is announced, preferring to accept the meagre redundancy payment in the hope of setting up a two-man fishing business with his feckless son Vincent. The action shifts to Tunisia, where the factory has been relocated, and where Foued hopes his newfound job will alleviate his concerns for his sick mother and help win over the woman he loves. If things seem to be going well for both men, gradually their aspirations are eroded by social forces far bigger than any individual. The interplay between these two humanist narratives is punctuated by shots of container lorries shunting between the two locations, and it seems inevitable that Hervé and Foued shall meet.

Director Walid Mattar says “The film addresses the flow and circulation of people, things and values. The film’s structure came to be through the desire to recount these exchanges that govern the world we live in. These comings and goings frame the story… of two protagonists who are united yet unknown to one another. For although geographically separate, their experiences are intimately linked through a bond of hopes, emotions and wishes”. While the situations are rather downbeat, the protagonists are likeable and full of hope as they struggle to find a way through bleak circumstances, and the whole is delivered with a light touch and considerable style and humour.

“A clever and captivating tale of two continents.” – Jordan Mintzer, The Hollywood Reporter.

“Rebbot, who’s mostly a comic actor, is terrific here as a family man whose worthy intentions are constantly crushed by the system.” – Jordan Mintzer, The Hollywood Reporter

As a thank you for supporting us, you will get 20% off each ticket purchase. Just enter POUNDYS at checkout.