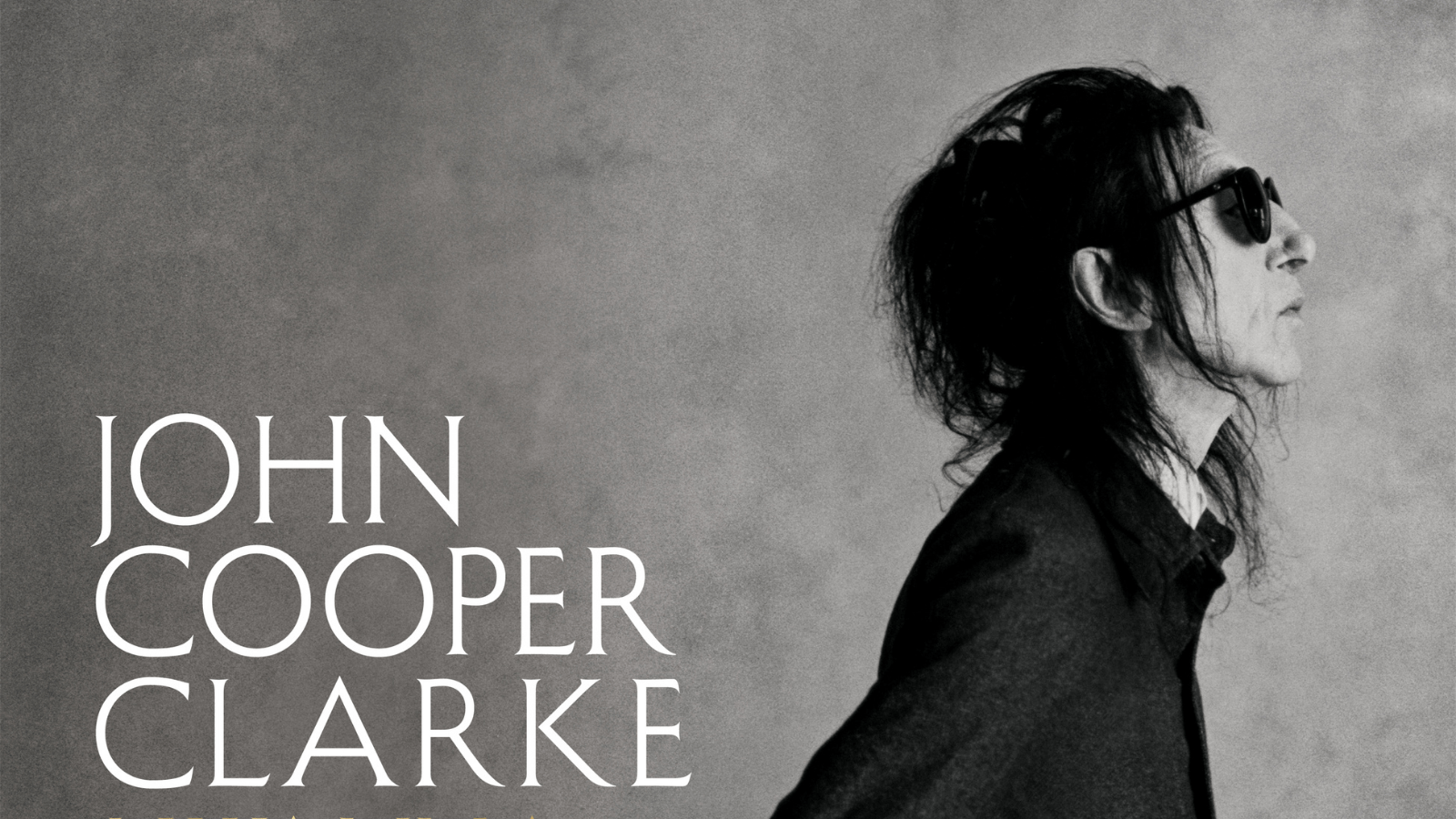 Dr John Cooper Clarke – I Wanna Be Yours Tour

John Cooper Clarke shot to prominence in the 1970s as the original ‘people’s poet’. His unique poetry was put to music by producer Martin Hannett and a band of Mancunians The Invisible Girls. Seminal tracks such as Beasley St and Evidently Chickentown featured on the album Snap Crackle and Bop, one of 4 hit 70/80s album releases. JCC became one of the most prolific artists of the Punk years.

His 1980s poetry collection 10 Years in An Open Necked Shirt featuring the lyrics to classic tracks from his albums and more, is one of the UKs biggest selling poetry collections of all time.
Since then his career has spanned cultures, audiences, art forms and continents. Today he performs purely as a stand up solo poet. His unique poetry show has been touring worldwide for over 15 years.

John’s 2018 poetry collection The Luckiest Guy Alive. Features 30 new poems, including the favourites; I’ve Fallen In Love With My Wife and Get Back on Drugs you Fat F*ck.

Dr John Cooper Clarke’s 2019 autobiography, named after his most famous poem I Wanna Be Yours, (Macmillan), is a ground-breaking piece of literature. JCC goes into fascinating detail about his early life in Manchester leading up to punk superstardom, drug addiction and then the massive comeback as major poet he enjoys today.

Wind In The Willows