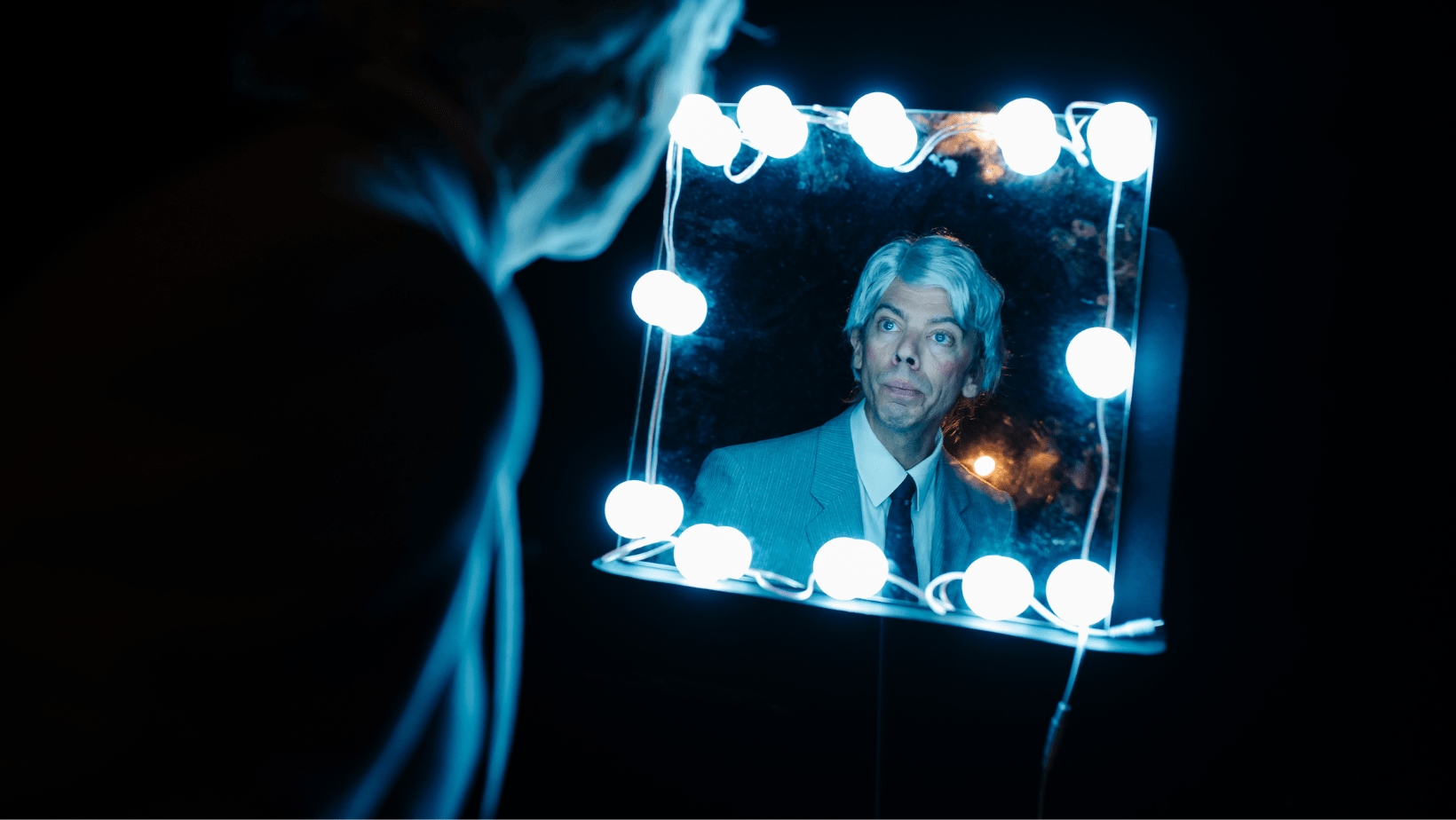 This show examines the fundamental guts of two of Britain’s best loved stage animals, Maggie Smith and Kenneth Williams, both on a journey together to master their craft. The show explores the actor’s craft and how the pair went about ‘colouring in the words’.

Playing with the juxtaposition of the ‘performer’ in public and private, the narrative not only includes Kenneth’s and Maggie’s success, but a sensitive portrayal of issues such as depression, OCD, and the loneliness of Kenneth’s one bedroom flat. Through the use of projections, Tom examines their characters as apparitions within the theatre, and considers his own relationship with the late artist Clare Thornton. Their shining intimacy belongs to a particular moment in history, allowing narrator Tom to reflect on this close friendship of his own, now lost.

Television and radio interviews, newspaper articles, diaries, and memoirs, have created the backbone for this new work by Tom Marshman.

‘It’s the most moving thing I have seen for ages.’ – Pem Tshering, The Chelsea Theatre

“It is pure, genuine, and possibly ground-breaking exploration.” – Audience Member

“There is much more to Shining Intimacy than a theatre show about the friendship between Maggie Smith and Kenneth Williams. Tom Marshman weaves an absorbing homage to a close friend into his embodiment of the two luminaries of stage and screen. An absolute must-see” – Audience Member

Content warning: The show includes references to depression and suicide.

Johnny Coppin – All On A Winter’s Night