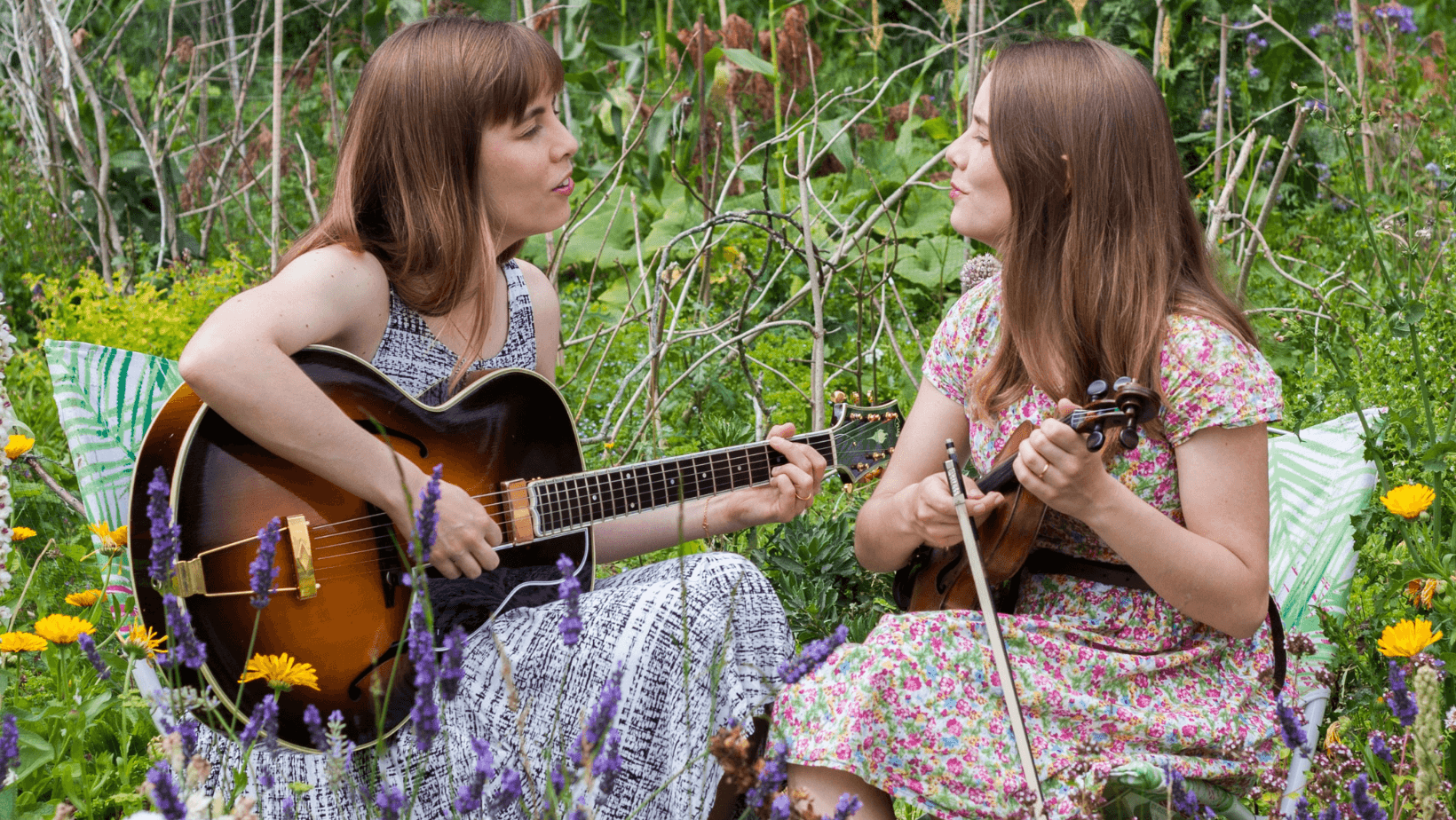 The Carrivick Sisters are one of the UK’s top young bluegrass and folk acts. Twins Laura and Charlotte perform their original songs and instrumentals along with a few carefully chosen covers on guitar, mandolin, fiddle, dobro, and clawhammer banjo. Their busy touring schedule is rapidly building them a reputation for engaging and entertaining live performances with tight sibling vocal harmonies and multi-instrumental virtuosity. Having grown up in South Devon, an area rich in folk lore and legends, much of their original material is inspired by their local surroundings and history.

As well as touring all over the UK, the Carrivick Sisters have performed at major festivals in Canada and mainland Europe. They have released five studio albums (“My Own Two Feet” – 2006, “Better Than 6 Cakes” – 2007, “Jupiter’s Corner” – 2009, “From the Fields” – 2011, and “Over the Edge” – 2013) to much critical acclaim and airplay worldwide. Their 6th album, “10 Years Live” was recorded live at The Convent in Stroud and is a 10 year retrospective and celebration, with half of the album being old favourites chosen by fans and the other half previously unrecorded material.

The Carrivick Sisters first started performing as a duo in 2006, originally as buskers before starting to play more and more proper gigs, turning professional when they left school in 2007. In 2007 they won the South West Busker’s and Street Entertainer’s Competition, gaining themselves their first spot at Glastonbury Festival. In 2008 Laura achieved 2nd place at the RockyGrass Fiddle Contest in America. The Carrivick Sisters were finalists in the prestigious BBC Radio 2 Young Folk Awards 2010 and were named Band/Duo of the Year in the 2011 FATEA Awards. Most recently Charlotte won first place in both Old-time banjo and fiddle at FOAOTMAD’s festival in Gainsborough 2012.

“I am very impressed by The Carrivick Sisters, one of the best young duos I’ve heard. The girls sing and play as one and their work is characterised by great musicality. They are not only very talented instrumentalists and singers but they write really good songs as well.” – Ralph McTell

“ …their already formidable multi-instrumental skills and songwriting maturing at such a steep curve they’ll soon be orbiting far beyond anyone else.” – Q Magazine ****

”Carrivick Sisters are pick of the crop.” – The Telegraph