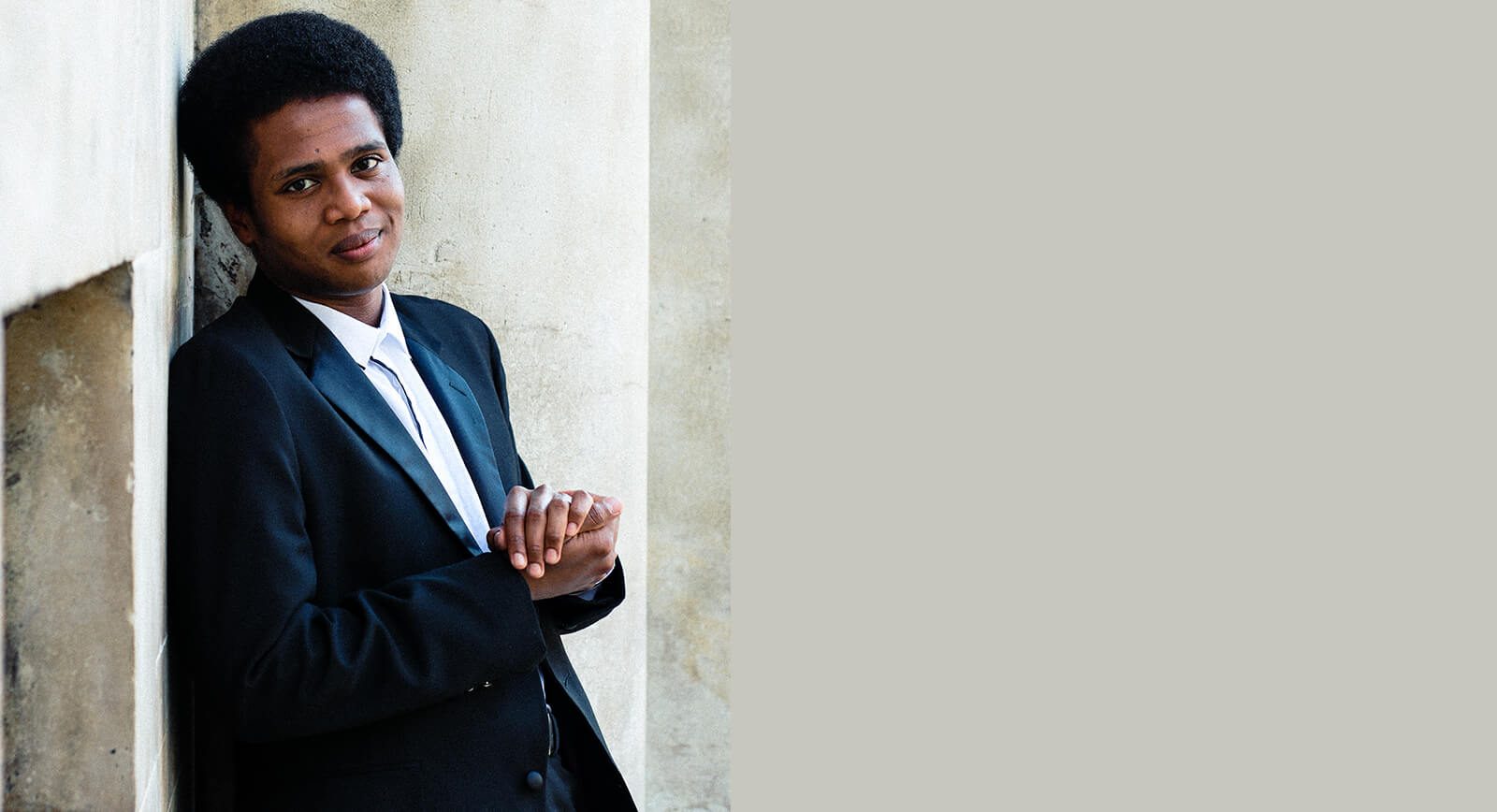 Adam Heron is rapidly establishing a reputation as one of today’s foremost young musicians. Since his critically-acclaimed appearance in 2018 as a Piano Finalist on BBC Young Musician of the Year, he commands a demanding schedule of international performances. Especially renowned for his interpretations of music by Johann Sebastian Bach, Adam is the 2020 winner of the prestigious Harriet Cohen Bach Prize, endowed by The Musicians’ Company.

Born in Hong Kong in 1999 of Nigerian-Filipino descent, then adopted into an Irish family, Adam has performed in fifteen countries worldwide, including recent solo recitals at distinguished music festivals such as the Cheltenham Music Festival (United Kingdom), The Cayman Arts Festival (Cayman Islands), and The Aegean Arts International Festival (Greece). He received his formative musical training as a chorister in Gloucester Cathedral Choir under the directorship of Adrian Partington, and subsequently won a scholarship to attend Wells Cathedral School. Highlights of the Winter Season 2019/2020 included an invitation from the British Council in Egypt to perform at the International Center for Arts in Cairo, and a tour of India during which he presented a masterclass for the students of the Mehli Mehta Music Foundation, as well as a recital at the National Center for the Performing Arts in Mumbai.

Adam has received tuition from several prominent pianists including Stephen Hough, Paul Lewis, Anne Queffélec, and John Lill. Generously supported by The Musicians’ Company Young Artists’ Programme and by The Talent Unlimited Foundation , he currently studies with Christopher Elton at the Royal Academy of Music in London, where he holds the prestigious Hargreaves and Ball scholarship.

Programme to be confirmed