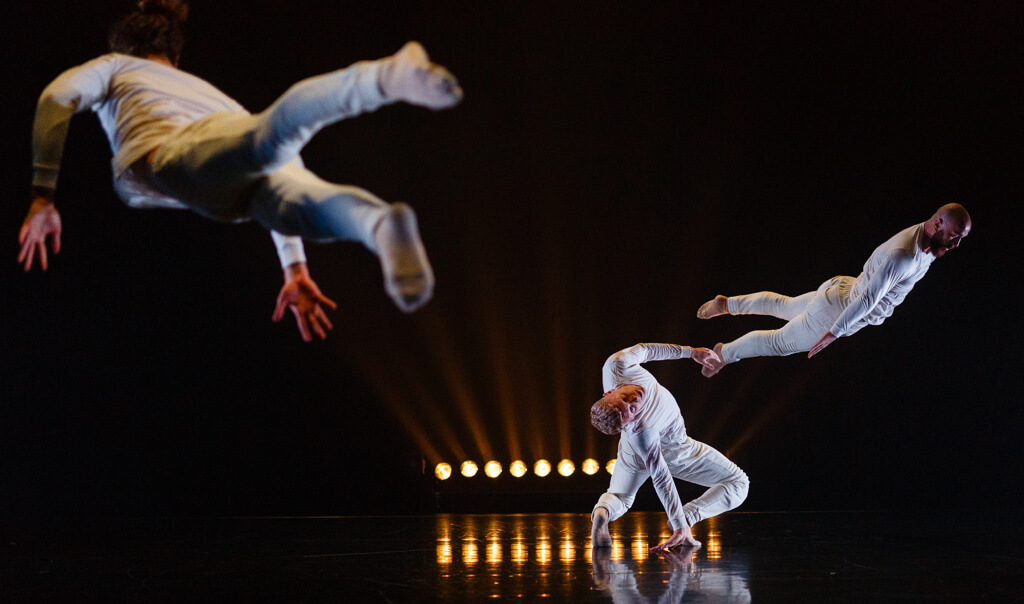 James Wilton Dance are pleased to present LEVIATHAN. The work, based on Herman Melville’s seminal novel Moby Dick, has been commissioned by Blackpool Grand, Barnsley Civic, The Gulbenkian Theatre, Ocean City Festival, The Barbican Theatre, Plymouth University, Plymouth Culture, The Place and Swindon Dance. It is supported by grants from Arts Council England Grants for the Arts and the BBC Performing Arts Fund.

Featuring a cast of 6, Wilton’s trademark blend of athletic dance, martial arts, capoeira and partner-work, LEVIATHAN will have you on the edge of your seat and gasping for air, under the sheer ferocity of movement; all accompanied by a powerful electro-rock soundtrack by Lunatic Soul.

LEVIATHAN is Man versus Nature: be careful what you fish for!

‘You have to admire the breathtaking virtuosity and split-second synchronisation of the movement in this work. I don’t think I’ve seen such precision and perfection in a contemporary ensemble, and even the world’s best classical companies rarely approach this level of physical discipline.’ Robert Beale, Manchester Theatre Awards