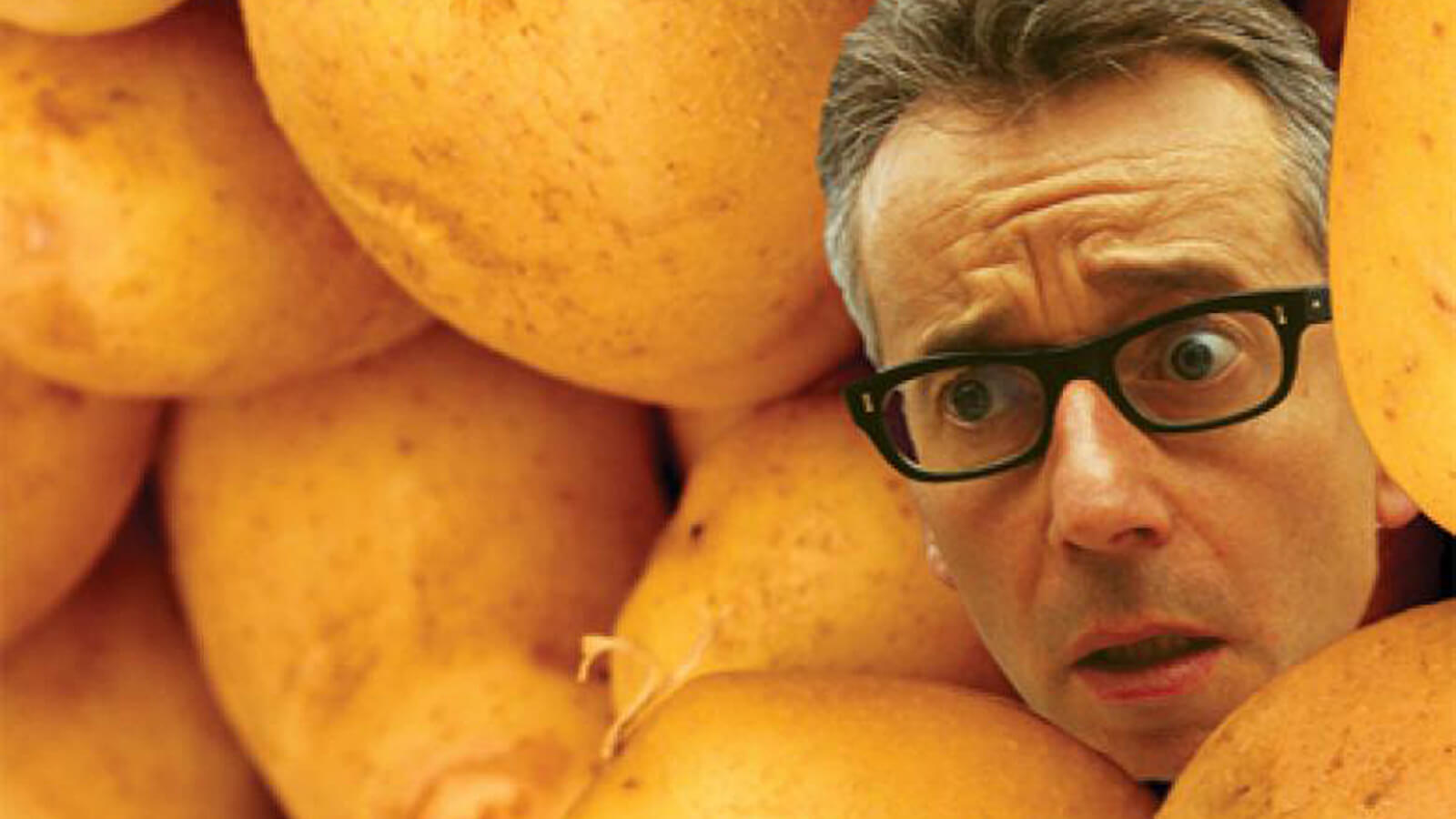 Poet, comic, singer, songwriter and glasses-wearer, John Hegley has captivated and devastated audiences all over the country, in theatres and festivals, at gigs at the Edinburgh Festival, and with numerous appearances on radio and television.

This new compilation shows the breadth of his appeal, with seriously funny, cleverly comic poems on every-thing from love, family, France, art and the sea to dogs, dads, gods, taxidermy, carrots, spectacles and – of course – potatoes.

His Bloodaxe New & Selected Potatoes includes work from several of his books, but not from his latest collection of new poems, Peace, Love & Potatoes (Serpent’s Tail), one of the biggest selling poetry titles of 2012. His previous books include two other poetry bestsellers, My Dog Is a Carrot and Uncut Confetti.