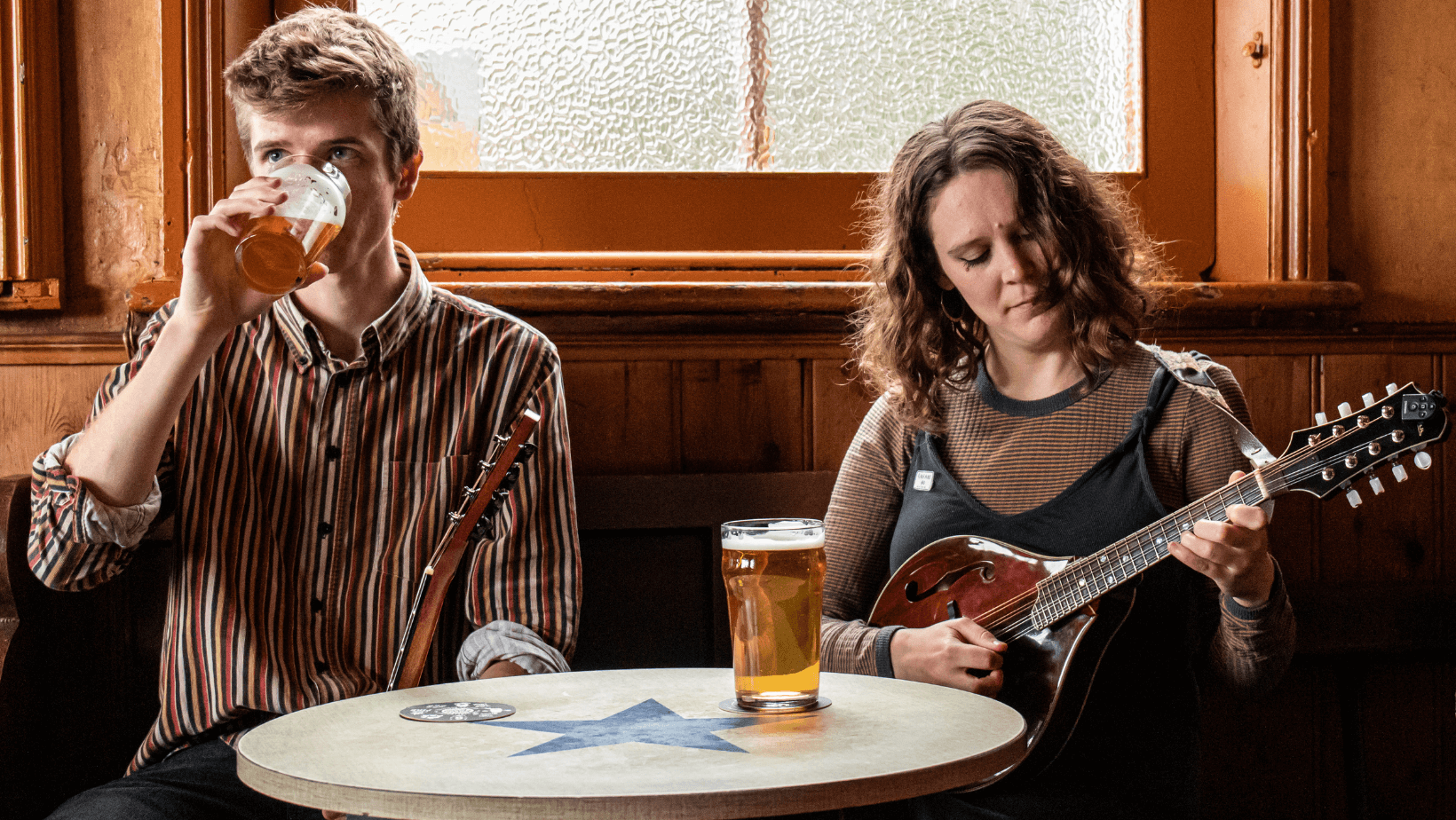 Janice Burns & Jon Doran are an Anglo-Scottish duo who formed in 2017, after discovering a shared love of traditional music. They find their songs in archives that span the depths of our history; songs that, regardless of age, tell vivid stories about the nature of life, from the ethereal landscapes of ancient ballads to the urban rhythms of work songs. Their compelling storytelling comes alive through tight vocal harmonies and sensitive interplay between mandolin and bouzouki, with arrangements that balance intricacy with energy. Their dynamic performances are a celebration of their own musical and geographic backgrounds, embracing the differences that connect them.

The duo met whilst studying folk and traditional music at Newcastle University, spending one year at the University of South-East Norway together. These experiences allowed them to hone their craft whilst expanding their audiences further beyond the UK. After three years of working together and performing in notable venues such as Sage Gateshead and Folklub Newcastle, they decided to record their debut EP. It was released in September 2020 to overwhelmingly positive feedback.

“The clarity and blend in their voices and their beautifully honed playing captivated the sell-out audience at Folklub Newcastle to the point that you could hear a pin drop. They have invested fully in their craft and their sound as a duo and the results are breathtaking.”– Katie Doherty (Katie Doherty and the Navigators)

NOTE: This performance was initially advertised with a 7.30pm start time which has now been revised to 8.30pm.

Phantom of the Open (Cert 12A)