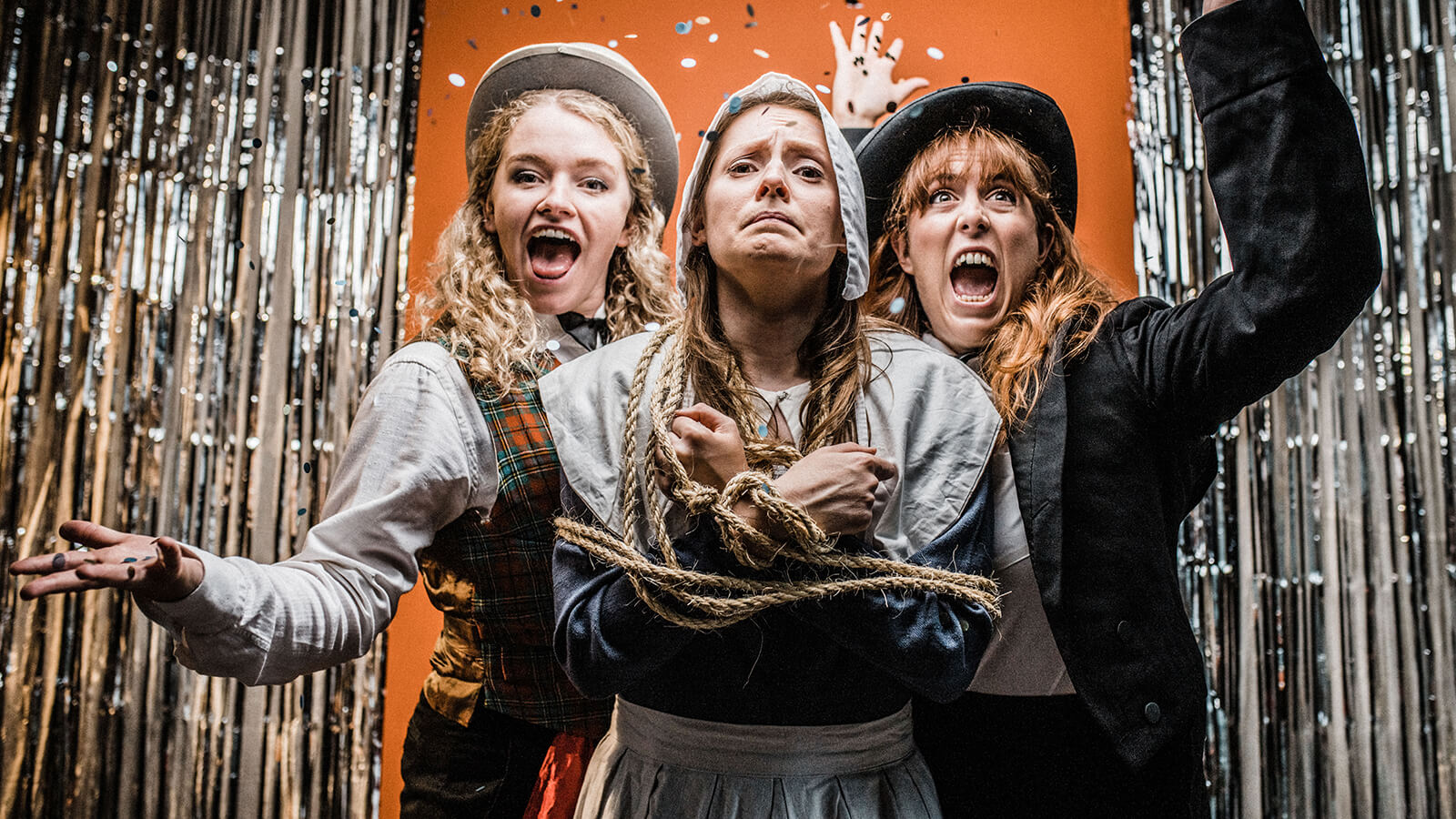 Following on from The Great Train Robbery & WOMANS, Scratchworks are back!

In Bideford in 1682, the final witch trial in Britain took place. Three women were accused of witchcraft, tried & hanged.

Now fast forward to the present day and name one female magician… pretty tricky. But tonight, three fearless females are climbing out of their boxes, shaking off the sequins and investigating what really happened in a small town in North Devon 300 years ago.

Packed full of magic tricks, physical comedy & live music, our magiciennes explore the witch-hunt mania that swept the country and sent hundreds of innocent women to the gallows. With mind-blowing illusions, stupendous stunts and the occasional disappearing rabbit, ‘Hags’ sets the record straight for thousands of falsely accused women with all the joy, silliness & spectacle these three can muster.

Once Upon A Time In Hollywood (Cert 18)