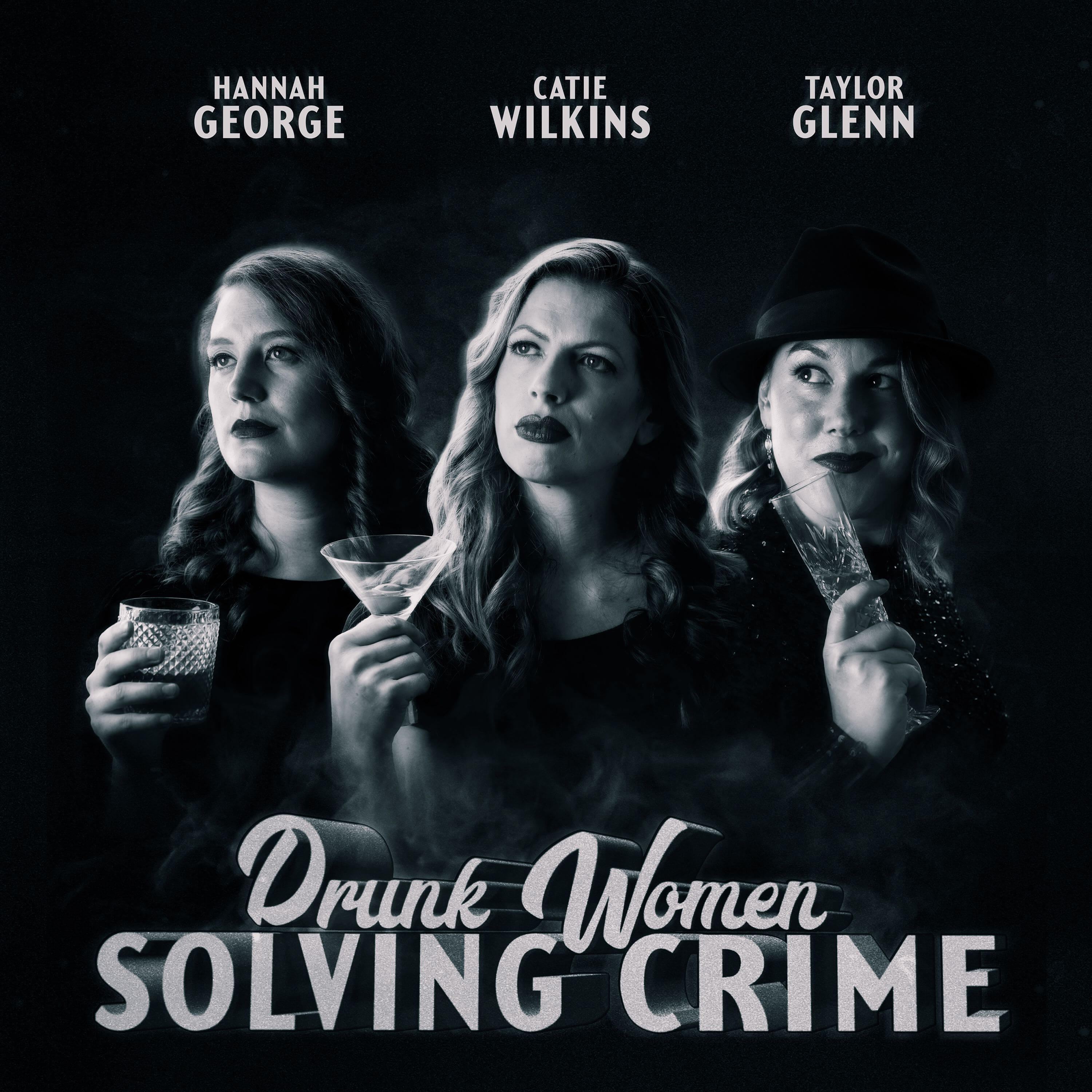 One of the most talked about new comedy podcasts of the last year. This is a true crime podcast with a twist…of lime. Each episode sees the boozed-up panel of writer/comedian hosts Hannah George, Catie Wilkins and Taylor Glenn welcome a top guest to test out their drunk detective skills and solve true crime cases.

When women sit around and drink we try to solve the world’s problems. So we’re taking back the night and putting our inebriation to good use. You’re welcome.

Here’s a little more info about the Drunk Women…

Writer, comedian, award nominated YA and children’s author of the acclaimed MY BEST FRIEND AND OTHER ENEMIES SERIES, and new book WHEN GOOD GEEKS GO BAD, which has just been recommended in the Independent.

An award winning screenwriter specialising in children’s TV and comedy. She has written for such shows as Wolfblood (CBBC), The House of Anubis (Nickelodeon), Trollied (Sky1), Diddy TV (CBBC) and The Lodge (Disney). She also writes and directs online sketches that have amassed over 100M views.

An award-winning comic, writer, and former psychotherapist. She has written for, presented and appeared on various BBC programmes including R4s Digital Human Series, Comedy Regressions and Scotland on the Couch, and written for The Guardian, The Daily Mash, and Standard Issue Magazine.

Amanda comes from a long background in commercial radio, spending a decade at LBC before moving into comedy radio, joining internet station FUBAR. Whilst at FUBAR, Amanda moved to TV as Interview Producer at Al Jazeera. Amanda then went back to radio to produce The Geoff Lloyd Drivetime Show at Absolute Radio. As well as producing DWSC, Amanda has a plethora of podcasts under her charge – which regularly feature in the iTunes charts.