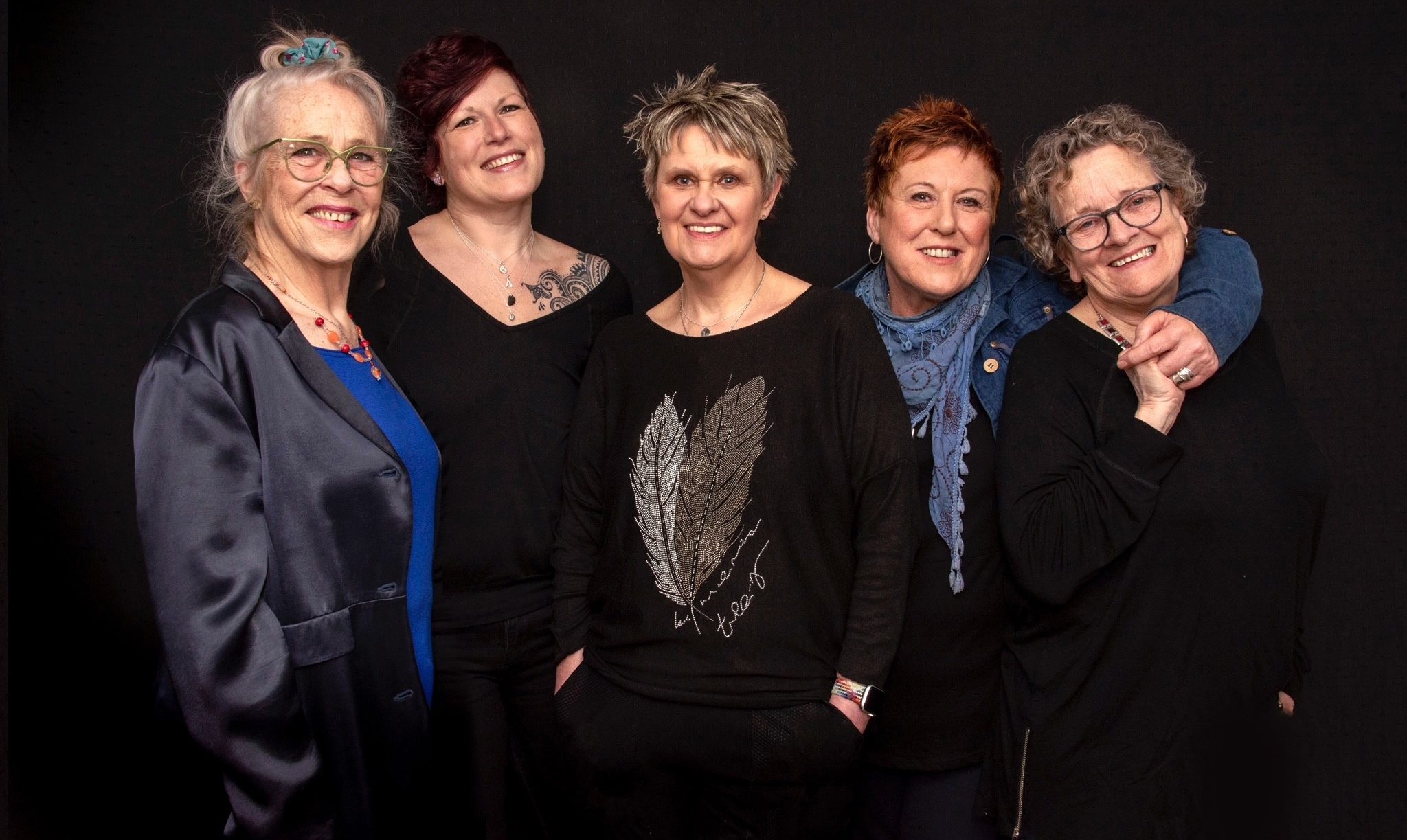 Join them on their unmissable return flight to the stage promoting their highly anticipated 3rd studio album, ‘On Arrival’.

Crossing a huge range of topics and genres, blending folk, blues, jazz and pop all woven together with striking harmonies and supported by a range of instrumentation and percussion.

The music of Daphne’s Flight is a magical layering of sensitivity, beauty, experience and empowerment. Their songs are thought provoking, uplifting, empowering and relatable. They continue to inspire audiences with the warmth, energy and sheer joy they bring to their performances.

They are, quite simply, a force to be reckoned with.

Daphne’s Flight was created 25 years ago by five of the leading singer songwriters of their generation – Chris While, Julie Matthews, Melanie Harrold, Helen Watson and Christine Collister. Described as one of the most exciting vocal groups to emerge on the acoustic music scene, their energy on stage is matched only by their collective talents, Daphne’s Flight are unrivalled and sit firmly in a class of their own as singers, musicians and writers. After a 21 year hiatus, they reunited in 2017 with a brand new album, ‘Knows Time, Knows Change’ and toured the UK and Europe to much critical and audience acclaim. A Live album and second tour followed in 2018 with festival appearances in 2019, including Cambridge, Shrewsbury and Cropredy which they stormed, gathering them even more devoted followers.

They returned to the studio to record their highly anticipated 3rd studio album, ‘On Arrival’ which they were scheduled to tour in the spring of 2020. Alas, this was not to be and the postponed tour to 2021 also had to be rescheduled to 2022. So it is with great anticipation that they will finally be touring the new album in the spring.

For very personal reasons Christine Collister is unable to join them but Julie, Chris, Helen and Mel are delighted to welcome into the fold Miranda Sykes (Show of Hands) on vocals and double bass, adding yet another exciting new element to the band.

Join them on what promises to be an unmissable return flight to the stage.