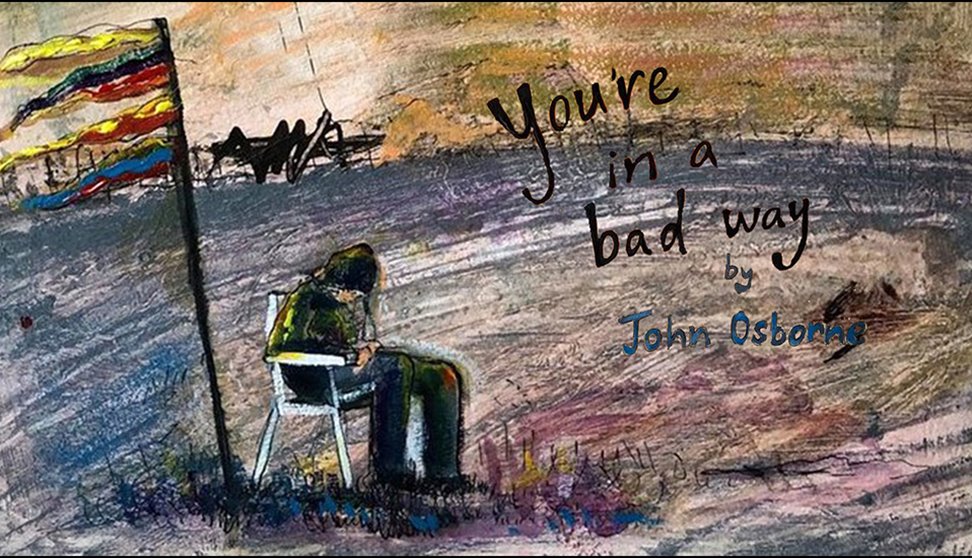 A brand new piece by writer and theatre maker and Radio 4’s John Osborne is about two sisters, music and dementia. Who you might remember from his performance of John Peel’s Shed at The Pound in June 2019 as part our Blue Sky Festival.

You’re in a Bad Way is a funny, sad theatre show about family and the role music plays in our lives.  A storytelling show about music and dementia.

When two sisters learn their dad has been diagnosed with dementia, they deal with the news in very different ways.

This new show by John Osborne deals with themes that are increasingly familiar – but this is an optimistic, positive story. This brand new funny, sad, cosy, beautiful story deals with dementia, family and the role music plays in our lives.

Just because something is diagnosed, doesn’t mean it’s the end.

John Osborne is a writer based in Norwich. In 2015 After Hours, the comedy series he created and co-wrote with Molly Naylor was broadcast on Sky 1, starring Jaime Winstone, Ardal O’Hanlon, BAFTA winner Georgina Campbell. His first theatre show John Peel’s Shed enjoyed a complete sell-out run at the Edinburgh fringe. He is a regular at festivals including Glastonbury, Bestival and Latitude, and his poetry has been performed in BBC 6Music, Radio 1, XFM and Radio 4.

John has kindly created an audio version of You’re in a bad way and has kindly made it available to be listen to online for free. If you can, please do support John during this period, you can pick up a copy of his collection of poetry – No one cares about your new thing

Online Content: Stories from the Sticks by Scratchworks Theatre (podcast)