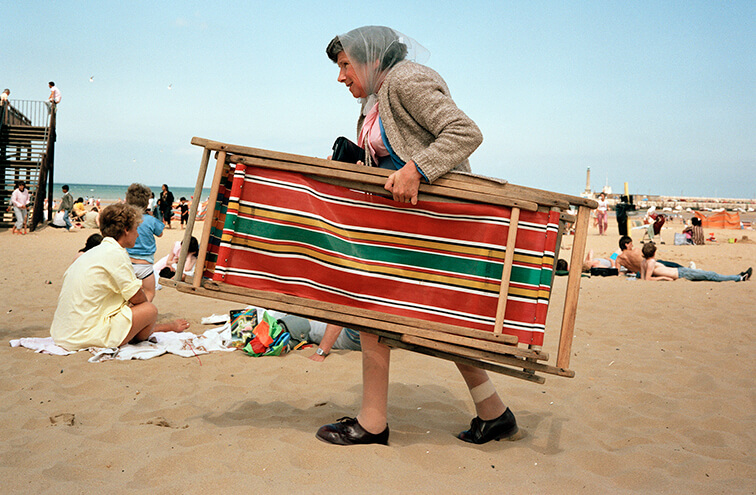 Photobiography: An Evening with Martin Parr

This event is part of The Peacock Arts Trail 2019…

Martin Parr is endlessly curious about how we all live our lives. He has developed an international reputation for his colourful photographs which capture our times – whether it is the food we eat, the fashions we wear, what we buy or our leisure activities. His images present the familiar in a new and wry way.

Starting his career in Manchester, Parr studied at Manchester Polytechnic (now Manchester Metropolitan University) from 1970-73. The city had a profound effect on him as it was so different from his childhood home in suburban, affluent Surrey. It sparked his curiosity about people’s lives, what it is to live in a Northern, largely working class and diverse city and he embraced his new context with enthusiasm. After his tutor’s intervention which stopped him being expelled from the Polytechnic after his first year, he began making cohesive documentary projects which explored a particular subject. One of the first of these was Prestwich Mental Hospital in 1972 where he spent three months photographing the patients and their surroundings.

An evening with Martin Parr will include recognisable photographs alongside works never before exhibited, it will focus on one of his most engaging subjects – people. Portraits of people from around the world, with a special focus on Parr’s wry observations of Britishness, explored through a series of projects that investigate British identity today.